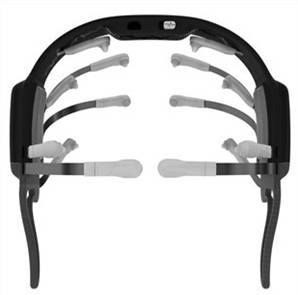 In recent studies at Leonhardt’s own research lab space at BioInnovations Gateway in Utah the team achieved more than 286% increase of HIF-1 Alpha on demand in test article tissues with a specific bioelectric signal.

“We targeted the discovery search for the precise bioelectric signal for triggering HIF-1 alpha expression from tissues more than 4 years ago and were delighted to finally hit on it with a highly substantial expression increase with our optimized signal. This adds to our building library of over fifteen bioelectric stimulation signals for promoting organ regeneration. We believe this combined with our programmable micro-infusion pump and fifteen component organ regeneration composition puts our team in a leadership position to in the near future help patients with degenerating and diseased organs to recover.” Dr. Jorge Genovese co-Inventor, VP of Bioelectric Regeneration Research, BioLeonhardt LTP,  Leonhardt’s Launchpads by Cal-X Stars Business Accelerator, Inc. and Leonhardt’s Launchpads Utah, Inc.

The Leonhardt-Genovese team working in collaboration with component suppliers has developed both wireless non-invasive and implantable wire lead based means to get their regeneration and healing promoting bioelectric signals to target organs.

Hypoxia has been proven as a critical element in the organ regeneration process.  Hypoxia Inducible Factor (HIF-1a) is a master regulator of the adaptative response to hypoxia. HIF-1a over expression in cells mimics the mechanisms triggered by hypoxia in injured or diseased tissues and increases their therapeutic potential without direct hypoxia stimulation.

Note – All above safety and efficacy claims, if any, mentioned above are yet to be be confirmed in randomized, placebo controlled clinical studies.

“HIF 1 Alpha is one of the most potent growth factors in promoting cell, tissue and organ repair applicable to a wide variety of uses. It has been demonstrated to be especially useful in heart regeneration. We are proud to have extended our portfolio of bioelectrical stimulation signals to include HIF 1 Alpha. We are embarking upon well controlled translation research studies to prove our combination therapy out for regenerative repair of a number of organs.” states Dr. Leslie Miller, Chief Medical Officer of Leonhardt’s Launchpads, Second Heart Assist, Inc. and BioLeonhardt.

About Leonhardt’s Launchpads Utah, Inc.:
Founded in November 2015 in Salt Lake City, Utah, just off the campus of the University of Utah, is the World’s First Organ Regeneration Focused Innovation/Startup Accelerator. The company has lab space with a staffed research team at the USTAR BioInnovations Gateway Utah facility at 2500 S. State Street, Salt Lake City, Utah. The accelerator is currently incubating more than a dozen organ regeneration and recovery focused startups at this time.

About Leonhardt Ventures (Leonhardt Vineyards LLC DBA Leonhardt Ventures):
Founded in 1982 is the patent holding vehicle and venture capital arm of inventor Howard J. Leonhardt. In the 1980’s Leonhardt developed a market leading cardiovascular balloon catheter, in the 1990’s the leading stent graft system for aortic aneurysm repair and one of the first percutaneous heart valves and biological pacemakers. Since 2000 the focus has been on organ regeneration technologies with a combination of bioelectric signaling and repeat delivery of mixed stem cell + growth factor based compositions. Leonhardt has over 21 U.S. Patents with over 100 issued patent claims and dozens more pending.