Our story begins in the early 1980’s as the Leonhardt team sought to harness stem cells and bioelectric energy to restore blood flow in legs and to regenerate damaged arteries, heart valves and hearts. In 1985 Howard Leonhardt read the book The Body Electric and reached out to the author Dr. Robert O. Becker as a mentor and a potential research collaborator. In 1988 working with Dr. Race Kao and Dr. George Magovern the team completed the first stem cell based regeneration of a large animal heart which was published in The Physiologist in 1989. In 1995 the team completed the first-in-man percutaneous repair of an aortic aneurysm with Dr. Ken Thomson at Royal Melbourne Hospital in Australia. In that same period they began working with Dr. Stuart Williams, still a member of the team today, to cell seed artery grafts. In 1999 working with Dr. Shinichi Kanno the team published in CIRCULATION the Journal of the American Heart Association and patented the first bioelectric therapy for restoring blood flow to organs and limbs. That same year they published in The New England Journal of Medicine the first paper on non-surgical repair of aortic Type B dissections working with Dr. Christoph Nienaber.

In May of 2001 the team completed the historic first ever non-surgical stem cell repair of a human heart working with Prof. Patrick Serruys, Dr. Warren Sherman, Dr. Doris Taylor and Dr. Pieter Smits in The Netherlands, later published in the Journal of American College of Cardiology Journal in 2003. In that same time period they discovered and patented bioelectric signals for controlling stem cell homing to target tissue locations and other regenerative protein expressions sometimes in combination with repeat injections or infusions of stem cells and selected growth factors. We believe no other team has more experience with bioelectric, stem cell and growth factor organ regeneration than ours. In 2015 we began a series of limb salvage and leg ulcer recovery studies at various OUS locations utilizing bioelectric stimulation or adipose derived stem cell based compositions. We learned as a side effect that patients that fully recovered their legs in these studies also were exhibiting healthy thick new hair growth on their legs. We decided at that time to begin separate studies to confirm if bioelectric stimulation could foster new hair growth regeneration.

This was the birth of HairCell. We added new protein expression signals and now our library of available signals includes SDF-1 (stem cell homing), IGF-1, HGF, EGF, PDGF, VEGF, eNOS, HIF 1 Alpha, Activin A+ B, Follistatin, Tropoelastin, stem cell proliferation, stem cell differentiation control and IL-6. In 2011 we initiated a series of bioelectric regeneration studies working with Dr. Jorge Genovese in Argentina and other locations. In 2016 we teamed up with the Reems Lab in Utah that has extensive experience collecting and purifying amniotic fluid, amniotic membranes and platelet rich plasma (PRP). A number of independent studies have documented the potential benefits of amniotic fluid and amniotic membranes in promoting hair growth. In 2018 we launched collaboration with Bernhard Rudert in Canada the inventor and developer of the Tesla Brush for hair regeneration. This has evolved into the development of three HairCell product combinations entering into controlled translation research studies. 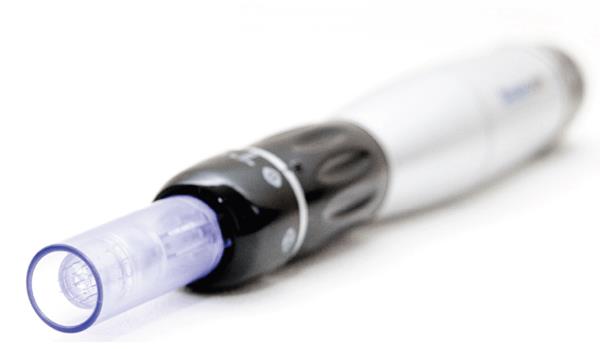 * A primary intended mechanism of action of our bioelectric stimulation protocol is to promote differentiation of uncommitted epidermal cells and SDF1+ PDGF recruited and proliferated stem cells into a hair follicle cells.

All the above are supported with the use of the TeslaBrush bioelectric stimulation hair head brush and HairCell endorsed serums, shampoos, conditioners and creams for use at home between in-clinic treatments and for maintenance of results.

Note – All of the above products are for investigational use only at this time only in countries where proper regulatory clearances have been granted. Not yet proven either safe of effective. Primary use bench top stimulator has FDA 510K market clearance and CE Mark only for improving blood circulation not for hair regeneration.

Warning: Available for investigational use only in countries where regulatory authorization has been granted or is exempted. Not available for sale. Product is not yet proven to be safe or effective in controlled clinical trials. All investigators must strictly follow a registry protocol and must adhere to proper patient consent procedures.